National Poetry Day celebrations have always been a great success at Grace Academy Solihull where students and staff alike are encouraged to enjoy, discover and share poetry. This year was no exception.

To mark the day, on the hour, every hour, students were introduced to a new poem by members of staff, ranging from poems by the hilarious Spike Milligan and Benjamin Zephaniah’s ‘Everybody is Doing It’, and modern classics such as Jenny Joseph’s ‘The Warning’, to some inspirational and thought-provoking poems like ‘The Misinformation Age’ by Karl Nova.

During tutor time, students also had an opportunity to create their own poems and rose to the challenge by creating some wonderful Blackout Poems. In light of this year’s theme of ‘Choice’, pupils produced their own empowering poems during their English lessons. They wrote their own inspiring poems about either empowering themselves or others, their hopes, their ambitions, the environment, education and equal rights!

Many of our students joined us in the Learning Centre and took part in a range of activities including reading and creating their own wonderful poems inspired by modern and classic poets alike to enter in the academy’s competition. They also created poetry-based bunting as part of the celebrations 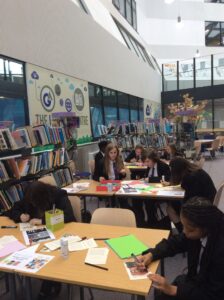 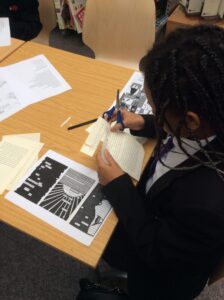 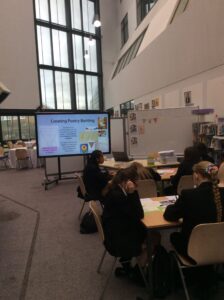 As ever the academy has held a writing competition ‘Post Your Poem’ and students entering the national Young Writers competition, with winners to be announced soon.

Another successful day of poetry at Grace Academy Solihull!