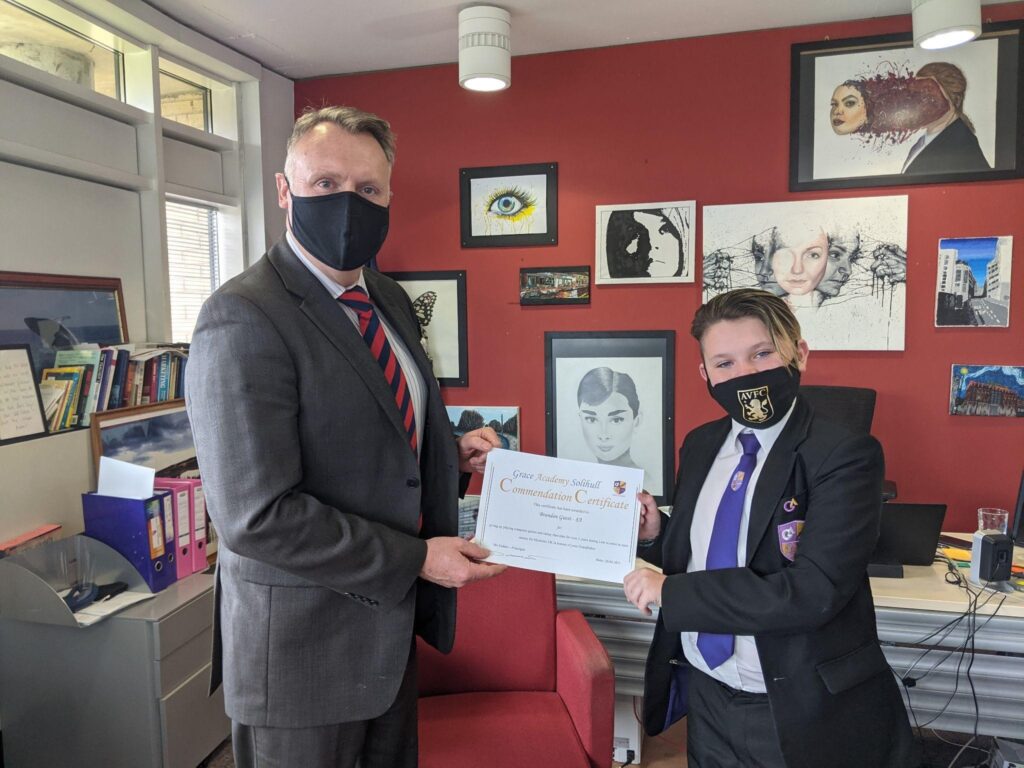 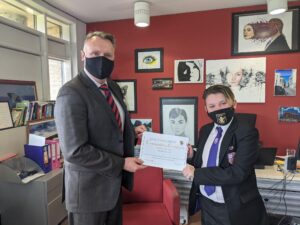 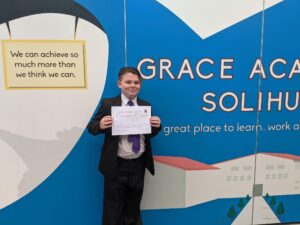 Brandon Guest from Year 8 has made an incredible effort raising funds for Myeloma UK for the second year running in memory of his grandfather. During lent, Brandon decided to set up a JustGiving page and give up chocolate and gaming in order to raise funds – an even more challenging feat in light of the Coronavirus lockdown!

Commenting on what has motivated his fundraising efforts, Brandon explained, “My Grandad was my best friend. He was a mischievous big kid like Peter Pan; a boy who never grew up. He taught me to ride my bike, fly a kite, and he always had the best stories. He had a heart of gold and I miss him a lot. I hope to raise money for this charity so that others don’t have to go through what my Grandad went through.”

Brandon managed to single-handedly raise £801.25 this year, bringing his two-year fundraising total to a staggering £1143.00 for Myeloma UK. Impressed by Brandon’s selflessness and initiative, Mr Gelder was proud to present him with a rare Principal’s Commendation, awarded to students who demonstrate our Academy values of respect, integrity, excellence, grace and potential in outstanding ways.

In the last 7 years, only 4 other students have been awarded a Headteachers Commendation. Mr Gelder remarked, “It’s the sacrificial and selfless acts like these that really cause students to stand out and make an impact. We are extremely proud of Brandon and his efforts and have no doubt that he will see a bright future with the outlook and attitude he has demonstrated here to put others before himself.”

Brandon said he is really pleased with what he has been able to achieve for Myeloma UK, but he isn’t going to stop there! He hopes to climb Snowdon next year for his next fundraising attempt and continues to want to help others who share his Grandfather’s condition