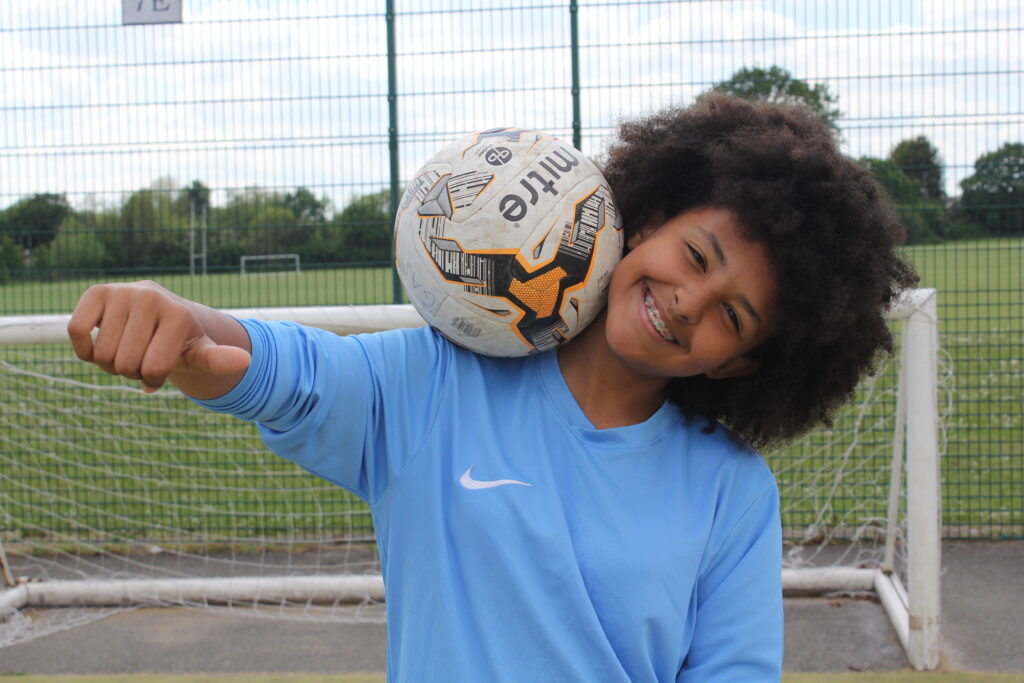 We’re backing Year 7 pupil, Jada, for CBBC’s second series of ‘Match of the Day: Can You Kick It!’

In search for the UK’s best young technical players, the CBBC’s kids TV program follows the journey of young footballing hopefuls as they compete to show off their skills to the pros while undergoing an intensive training camp and battling it out to be crowned champion.

After being selected from over thousands of applicants, Year 7 Grace Academy student, Jada, was selected to take part in the first round of televised trials along with 75 other contenders in Manchester. Participants had to demonstrate a range of skills including control, endurance and freestyle ability while taking on a football obstacle course in a race to set the fastest time.

Jada now waits to see if she’s made it through to the next stage of the competition, as only 10 successful participants can make the cut. If successful, Jada will take part in a training camp with input from top level players and coaches. Excited to have made it this far, Jada said of the experience, “At the trials, I got to watch lots of the other applicants too, and they were all very skilled.”

Jada currently plays midfield for her local club, Kingshurst FC, and is one of the youngest on her team. Considering her hopes and aspirations for the future, Jada remarked, “For me, I’d like to get noticed by an academy scout, as that would be the next step for me to build a career in football. I just want to be known for doing what I love the most – playing football.” 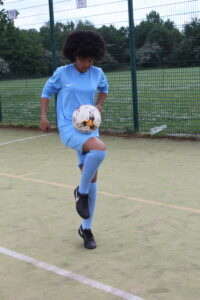 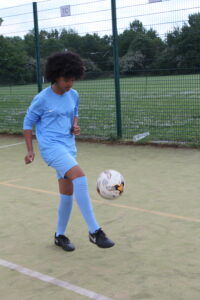 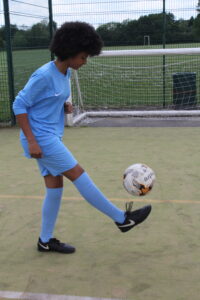 PE teacher Miss Walton, who teaches Jada and also assisted with her application for the TV program, said, “This is such a great achievement for Jada. She hadn’t played much football before joining Grace Academy, but is just a natural at the sport and now plays on multiple teams. I am so proud of the work she has put in to getting this far and would love to see her go further in the competition.”

The series will be broadcast on CBBC later in the year, so keep your eyes peeled and make sure you tune in to follow Jada’s progress!