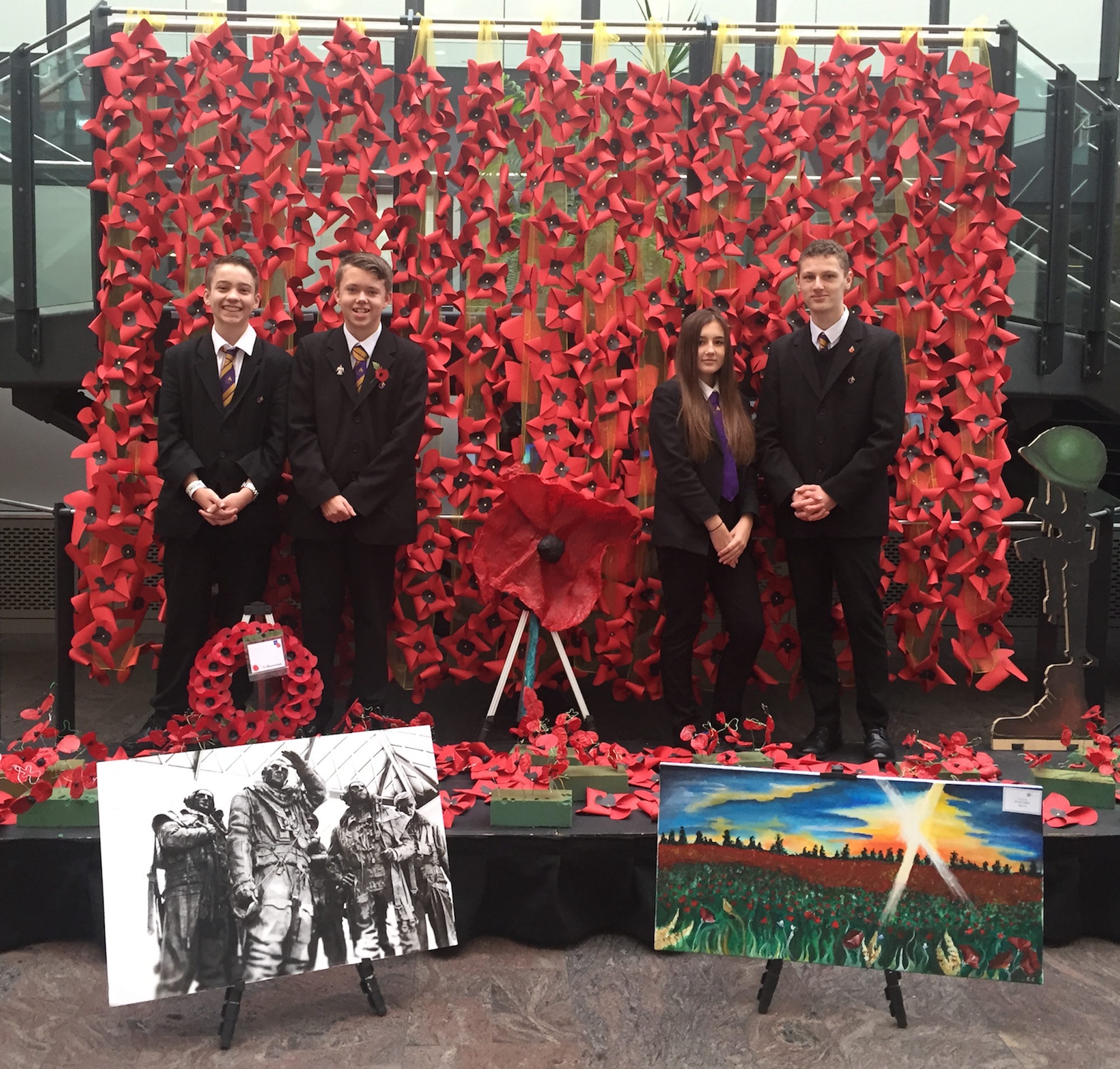 Cascade of poppies for Remembrance

Over 800 students and staff from Grace Academy created a thought-provoking cascade of 500 poppies as part of their Remembrance Day celebrations.

The commemorative display, which included messages of appreciation from students, came after a week of lessons about the contributions of soldiers from other races and cultures during both World Wars.

Students observed a two-minute silence while poppies were dropped from a walkway in the Academy by student leaders, and one Head Student Chloe Timmins, Year 11, said:

“Creating the poppies has been a great way for us to remember the individuals who have fallen.  They fought for us, so this is our way of giving something back for what they have done for us.”

Art teacher Nicola Russell added: “Students and staff have produced a wonderful, visually-stimulating and thought-provoking display of Remembrance, inspired by the Tower of London and Plymouth displays, by creating a wave of paper pinwheel poppies. It has been inspiring to read the messages of appreciation they have written on the petals. Students have shown such maturity and respect throughout this activity; I am incredibly proud of what they’ve achieved.”