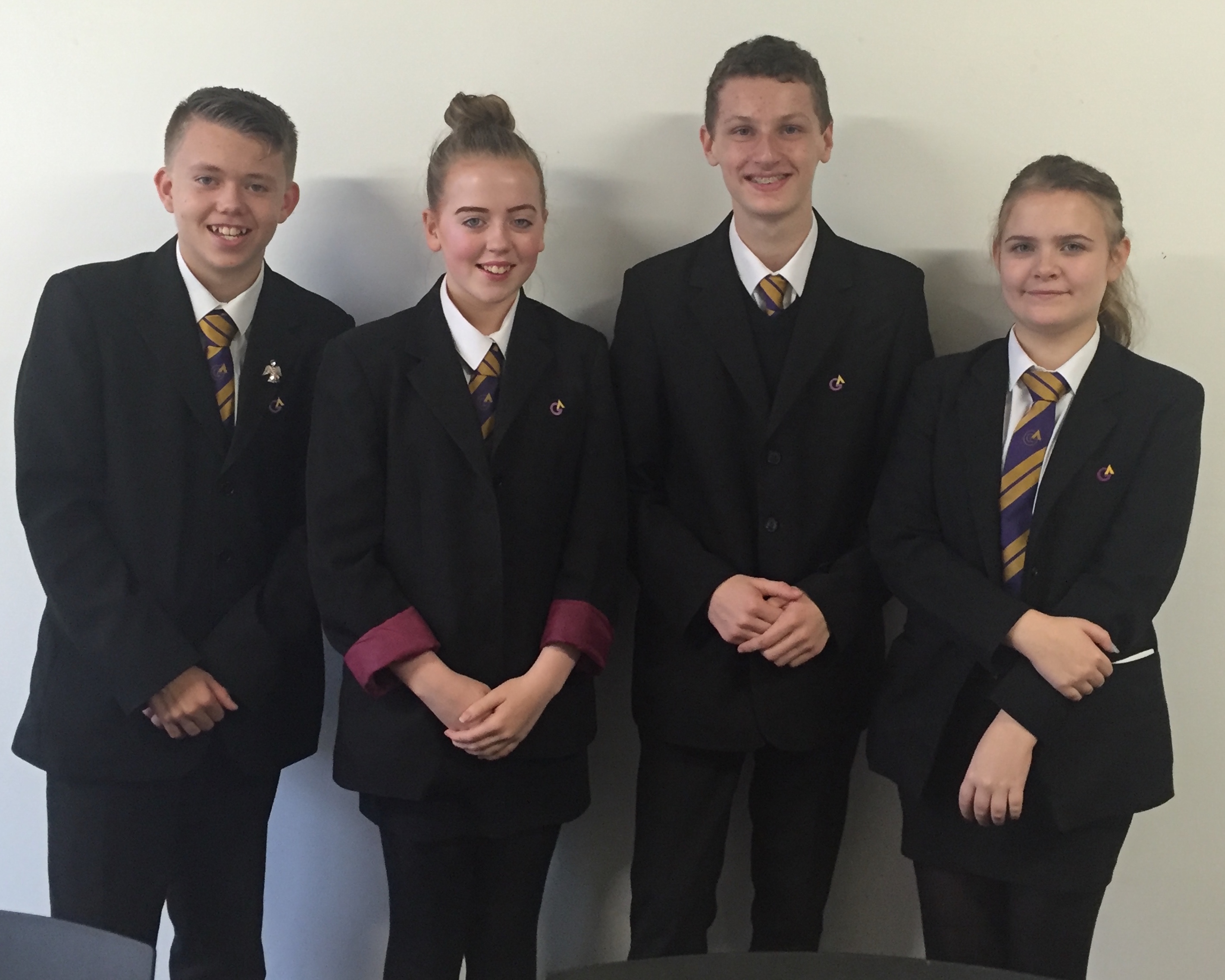 We have appointed new Head Students, after a rigorous selection process, to represent the Academy and their fellow students. Let’s hear what they have to say…

“I helped out so much in Year 10 that I thought if I applied to be a Head Student, I could continue to help.  I had to do a presentation in front of Ms Knight, Head of Head of Year 11, and the other applicants.  I was really surprised in happy to get appointed.”

“I applied because I enjoyed what I did last year with the charity work.  I’m already the eldest of six girls and two boys so I think I have some experience of younger children. I hope the ones in the lower years can come and see me if they need support or help.  It’s great having four Head Students because it is more organised and it means that teachers like Ms Knight or Ms Gibson can count on us to help them with the things that need to be done.  The Head Students can also help each other to cover the things that need to be done when we have revision or other work to do.”

“I wanted to do this to develop my communication and social skills, and I’m proud of the year I am in and I get on with everyone.  I want to represent the Academy and encourage and motivate other people in our year group. We will be involved in charity work, and represent the Academy at community events, as well as being used to facilitate communication between teachers and students.”

“We were involved in selecting out new caterers.  We were invited to a day with staff when two different catering companies served us food and presented to us.  All the Head Students voted on which were the preferred caterers based on affordability, the food on offer, and the flexible way food would be served.

“It’s great that we are now called Head Students, rather than Head Boy and Head Girl, because this means that everyone is treated equally and selection is solely based on our ability to do the role, rather than just gender. The kind of skills you need to do the job include confidence, leadership, inclusiveness, and ability to make decisions. We have already taken on a leadership role by organising a survey of student views, giving everyone the opportunity to have their say, and giving them ownership of what is going to happen in the future.”

“We want more opportunities to serve in the community like on the Manchester trip where we fed the homeless and helped cancer sufferers.  When we were serving food to people in need in the church, one of the men didn’t like what was on the menu so I made him beans on toast and he cried because he was so touched by that.”