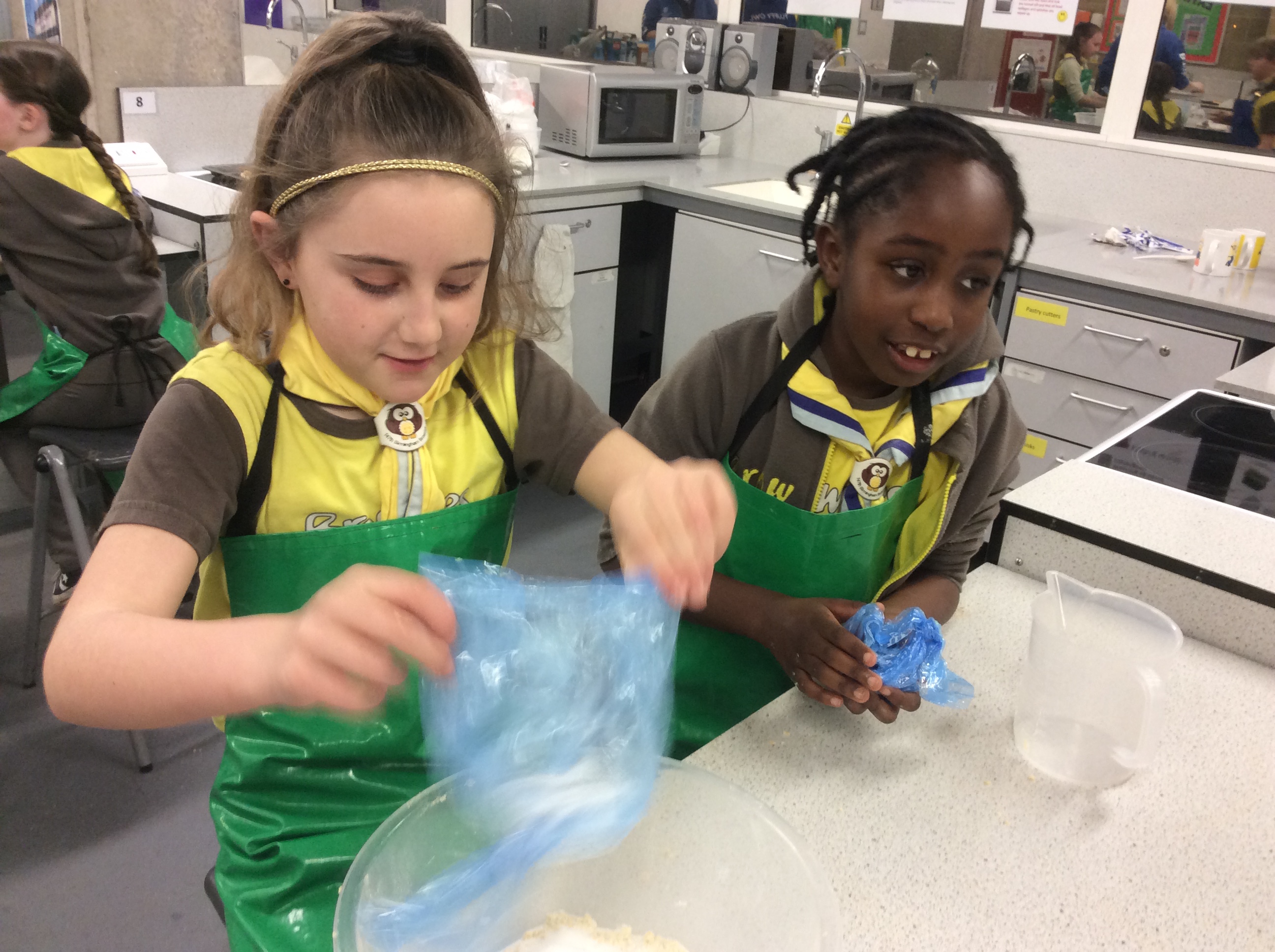 Twelve local Brownies visited the Academy to practice their culinary skills using Grace Academy’s cooking facilities to make homemade pizza.  Brownie leader Charlotte Atkins said: “The cooking evening was fantastic because it let the girls cook dishes they would not have been able to do at Brownies. Because there was so much space it meant the girls could work in small teams which not only helped with their team work skills, but also in the way the leaders can supervise the girls.

“The girls really got stuck in and were able to do everything from food hygiene to food preparation, cooking and also cleaning up afterwards, which enabled them to get their Brownie cooks badge. The facilities were brilliant. Thank you again for allowing the brownies to have this opportunity they thoroughly enjoyed it and hopefully we can come again in the future.”