Solihull students have joined local people in a mass community choir to sing and perform in a spectacular concert alongside outstanding West End professionals.

The budding local singers and students from Grace Academies in Solihull and Darlaston, with Gossey Lane Primary School, supported a host of stars in ‘The Magic of the Musicals’ and delighted the audience with a feast of songs from the shows ranging from Rodgers and Hammerstein to Andrew Lloyd Webber.

The line-up included Keith Jack, the runner-up of BBC’s ‘Any Dream Will Do’ and star of the UK tour of ‘Joseph and the Amazing Technicolour Dreamcoat’; Rachael Louise Miller from ‘Les Miserables’; Kinky Boots cast member Catherine Millsom; Jonathan Alden, David Covey; and Tom Fitzpatrick, the UK’s youngest professional crooner.

‘The Magic of the Musicals’ was directed and produced by Adam Hepkin, new Artistic Educational Developer for Grace Academies in Solihull, Darlaston and Coventry, and has enjoyed sell-out performances on the South Coast for the past three years.

Speaking about the most recent performance in the West Midlands hosted at Grace Academy Solihull, Mr Hepkin said:

“The response to the show has been absolutely incredible. ‘The Magic of the Musicals’ is now a well-established brand and it was a pleasure to bring it to Grace Academy Solihull for the evening.

“For the students on stage, many of whom want to go into performing arts professionally, this was an invaluable experience and one that they could not get anywhere else. Becoming a professional performer can often seem intimidating and out of reach, but having the students stand shoulder to shoulder singing with West End professionals allows them to see that their dream can be attained with hard work and determination, bringing it into focus with blinding clarity.”

The performers were supported by a professional ten-piece West End band and, reflecting on the audience’s reaction to the show, Darren Gelder, Principal of Grace Academy Solihull, added:

“Adam Hepkin has joined us to help widen the horizons of students, parents and those in our community who want to experience something different and pursue career opportunities they might not have even considered. This is so important and, judging from the audience reaction to the show and full standing ovation, it is clear that this is the case and the show has been an outstanding success.”

The Grace Academy students will be travelling to the De La Warr Pavilion on 14 June to support West End and Broadway legend, Ruthie Henshall in the final ‘Magic of the Musicals’ performance of the season.

You can see Grace Academy’s production of Jesus Christ Superstar from 13 – 17 July. The show is directed by international award winner, Adam Hepkin and choreographed by Stephanie Hepkin, who has worked extensively in the West End and with artists such as S Club 7, Craig David and Geri Halliwell. Booking is now open on 0121 329 4600. 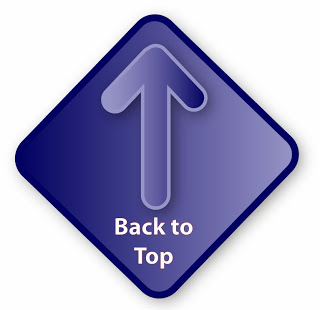